Young adults in their 20s and 30s from ALL industries are invited to this free event, where you will learn insights about the integration of faith and work and network with other young Catholic professionals from the Chicagoland area over complimentary beer, wine, and appetizers.

Mass will be at 6:30pm and the speaker's presentation and networking will take place from 7pm-9pm in the Hughes Auditorium at the Robert H. Lurie Medical Research Center of Northwestern University. Paid street parking is available, or there are several nearby parking garages as well.

This event is co-sponsored by the 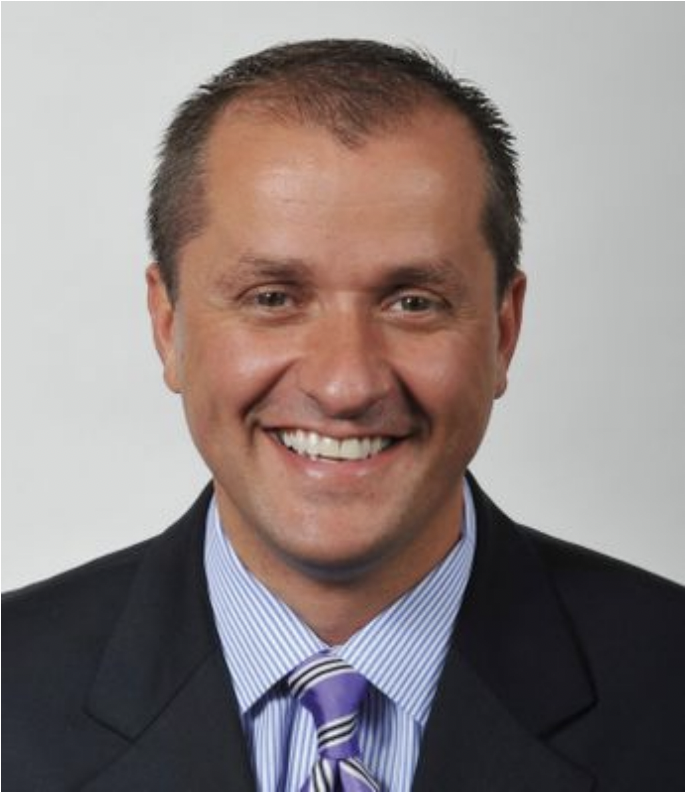 Dr. James J. Phillips began his tenure as Atlantic Coast Conference (ACC) Commissioner on February 1, 2021. The fifth commissioner in the history of the ACC, Phillips brings more than three decades of experience in Division I athletics, a track record of tremendous achievement, a vision for the future of intercollegiate athletics and a passion for helping student-athletes achieve impact and success in competition, in the classroom and in their communities.

Dr. Phillips is known as one of the leading voices across the college sports landscape. He was elected as the inaugural chair of the NCAA Division I Council in 2015 and served as the first-ever sitting athletic director on the NCAA Board of Directors and Board of Governors. In March 2017, he was appointed to the NCAA Division I Men’s Basketball Selection Committee. Dr. Phillips also served as a member of the NCAA Men’s Basketball Oversight Committee, was appointed to the Fiesta Bowl Board of Directors in 2018 and chaired the Big Ten TV/Media Committee. He twice served as a member of the Rose Bowl Management Committee and was honored as the 2018 Sports Business Journal Athletic Director of the Year for his leadership at Northwestern.

In August 2021, Dr. Phillips was selected to serve as part of the 28-member NCAA Constitution Review Committee to identify the core principles that define college sports and propose a new governance model that allows for quicker change without sacrificing broader values, while either reaffirming or redefining those values.

Prior to being named commissioner, Dr. Phillips served as the Combe Family Vice President for Athletics & Recreation at Northwestern University. He was named Northwestern's 21st director of intercollegiate athletics and recreation in 2008. By 2012, Dr. Phillips was elevated by Northwestern's President, Morton Schapiro, to the position of Combe Family Vice President for Athletics & Recreation, a title reflecting the campus-wide responsibilities of the role as well as its voice on the President’s Senior Staff.

Dr. Phillips led Northwestern to elite status both on and off the playing fields. In competition, under his leadership, 10 of Northwestern’s athletic programs won conference or national championships, with the football team clinching the Big Ten West Division crown twice in the last three seasons of Dr. Phillips’ tenure.

Academically, Wildcats student-athletes surpassed 200 Academic All-Big Ten honorees in each of Dr. Phillips's last 10 years, including a record 288 in 2019-20. Northwestern scored a 98 percent overall Graduation Success Rate (GSR) in 2020 data released by the NCAA -- a figure which led all FBS schools for the third consecutive year –and finished in the Top-4 nationally in all 15 years the metric was released during his tenure.

Dr. Phillips’ commitment to inclusiveness in athletics was recognized in 2019 when he was honored by the NCAA as a Champion of Diversity and Inclusion. The honor recognizes those who work to support underrepresented communities among college athletics administrators. In 2020, Dr. Phillips announced the creation of a new senior leadership position, the Senior Associate A.D./Chief Diversity & Inclusion Officer, to lead the department’s foundational commitment to a world-class experience for all Northwestern student athletes. He also established senior staff positions for leaders in community relations, to focus staff and student-athlete service initiatives, and the Kabiller NU For Life professional development program.